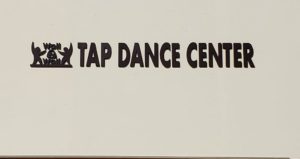 We are an ALL ADULT, ALL TAP DANCE studio. All of the classes on our schedule are for adults. We do allow teenagers age 14 and up to take our classes provided they conduct themselves in a manner that is appropriate for an adult class. 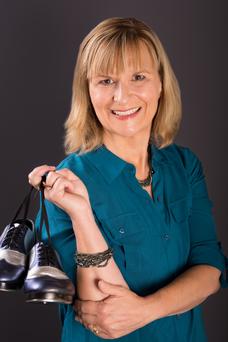 Wall-2-Wall Tap Dance Center owner, Mary Wall, has studied and taught dance in a variety of settings: small studios, park and recreation programs, colleges, and professional studios. At Wall-2-Wall Tap Dance Center, she is combining the best of all of these environments to provide the adult student with dance training that is appropriate for their age and ability and in a setting that is comfortable.

At the age of 5, Mary began her formal dance training at Miss Lynn’s School of Dance in Buffalo, NY, where she studied tap, ballet, jazz, and gymnastics. Eventually, Mary’s interest expanded into the world of theatre, and she began taking acting classes at the Studio Arena Theatre, also in Buffalo, NY.

Mary earned a Bachelor of Arts in Theatre from St. Edward’s University in Austin, TX. After completing her degree, Mary continued to train at a variety of studios, including the Dupree Dance Academy in Los Angeles, CA, and the Broadway Dance Center and Steps on Broadway in New York City. She began teaching dance in 1998 at the Ballet Centre of Marilyn Bostic in Tempe, AZ. In 2002, she was hired as an adjunct faculty member for Maricopa Community Colleges where she taught Tap Dance and Musical Theatre Dance at Mesa, Scottsdale, and Chandler-Gilbert Community Colleges. At Mesa Community College, she was the director of their Tap Ensemble, MCC On Tap, from 2003 – 2015. She left her adjunct faculty position after the Spring 2015 semester to focus on Wall-2-Wall Tap Dance Center and the HeartBeat Tap Ensemble.

We are about 1 mile north of the Apache/McClintock Light Rail Station.

Our studio has 2 dance rooms. 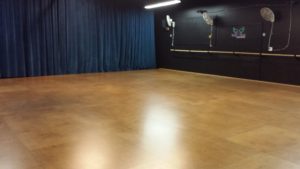 Studio A is where most of our classes take place. It is a large 1100 square foot space featuring an O’Mara Sprung Floor.

Studio B is our small room. It is approximately 300 square feet and is mostly used for private lessons.

Business Hours are subject to change based on class schedules